On September 20th, 2019, I participated in the global climate strike in downtown Chicago. 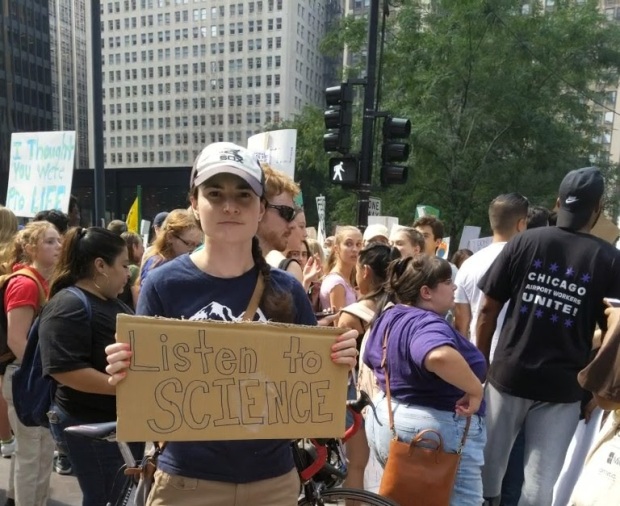 I took the L downtown and as I exited the station, I could hear the roar of the march as they were approaching Federal Plaza.

Ascending the steps of the station, my eyes filled with tears as the protest grew louder.

It could have been because it was an extremely moving event.

It could have been because of the frustration of the inaction of our governments.

It could also have been because it was inspiring to see so many people come together to demand action.

But actually, I had free-flowing tears from my eyes because later that afternoon I had planned to take a pregnancy test to confirm what I had already known, that I was going to be bringing a child into this pretty messed up world.

After the strike, I headed back home feeling inspired and tried to put taking the test out of mind. A couple hours later, the test was positive and my entire future changed in an instant.

I am very aware of the argument that the number one way to limit your impact on the environment is to not have children. While I absolutely respect that camp and the people making those decisions, that is not my stance.

We have a short time on this planet and having a child of my own is something that I have always wanted to do. While yes, my child will have an impact on the environment (as we all do), it will be small in comparison to the biggest emitting offenders.

So that is where I have been the past few months: coming to terms with what’s about to happen, preparing financially and mentally and emotionally, and also laying down a lot because being pregnant is really tiring.