Many of the people I follow on WordPress, Facebook, and Twitter expected last Tuesday to come out a little different than we thought. I woke up that morning at 4:40 AM to head to my polling place to serve as an election judge. I was excited. I was ready to contribute to and witness history. I had planned on saving my “I Voted” wristband, writing “11/8/16 Election of First Female President” on it and saving it forever. 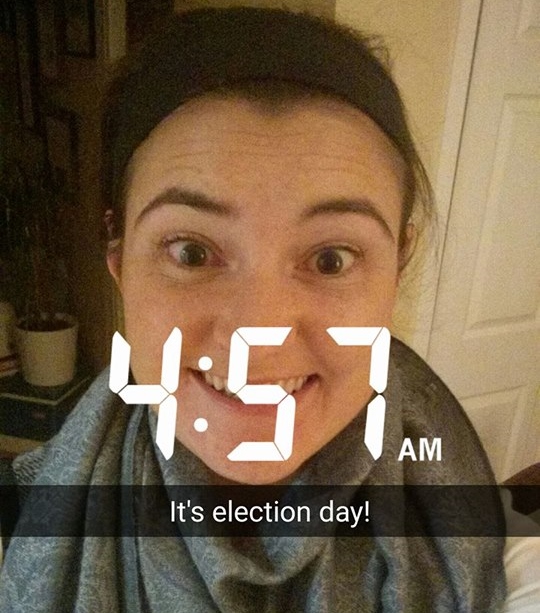 So much excitement the morning of.

Unfortunately, when I woke up Wednesday morning my world was a completely different place. I was in denial and not really sure how to accept the next four years of my life. For myself and my colleagues in the environmental field, this was a huge blow. I took Wednesday to sulk,  be sad and eat a bowl of cereal in bed. I avoided watching the news or looking at articles on the internet.

By the time Monday rolled around, I had come to a different place of acceptance. For those of us who care about our planet and climate change, we have to remember that this election was not a vote on climate. It wasn’t a hot topic and wasn’t talked about as much as it should have been. As much as we tweeted and emailed, it was never asked about in any of the 3 presidential debates.

Monday night, I attended a meeting with my fellow Environmental Defense Fund Chicago Ambassadors and others interested in talking about how EDF planned to move forward post-election. This meeting was already planned well before the results of the election were known and our gathering had a much more somber feeling than originally intended.

Everything is a little blurry still, but this is what we know so far:

Unfortunately, we are fortunate that the battle for clean air and water has always been a battle. It was never easy in the first place to get the Clean Air Act, the Clean Water Act, and the EPA established. So this time, it is no different. Fighting for the environment is all we know how to do. Protests, petitions, writing to support legislation, and sharing sound science are actions we are all very familiar with.

Richard Nixon despised environmentalists, yet he was the most pro-environment president the US has ever seen. His administration created the EPA and charged it with protecting human health and the environment. Our outcry was enough for Nixon to give in.

So what we have to do now is stand and fight. EDF will be working hard to defend the work they have already accomplished. This is going to go down to the states. In Illinois, our legislators will be voting on the Clean Jobs Bill after Thanksgiving. SO WRITE TO YOUR LEGISLATORS!

We need the public to tell this new administration we won’t stand for a rollback on environmental rules and regulations. We won’t stand for a president that does not believe in climate change despite the overall consensus from scientists AROUND THE WORLD.

It was a battle from the very beginning and that battle is not going to end in the next four years. Because it is a battle, the wins are that much more worth it. We will keep moving forward and hopefully, our destruction won’t catch up to us.

Last night I attended an event at my local Patagonia store called Vote Our Planet.

“We need to elect leaders at the local, state and national levels who will defend the well-being of our families and communities—leaders who support clean water, clean air, strong climate action and a courageous shift to renewable energy.

If we don’t act, then someone else will—someone who doesn’t care about a future for our children and other wild things.

The point was to get people to vote locally and nationally for our natural resources, because if we don’t, no one will. Additionally, Chicago Votes was there to register any new voters. Since I am already registered and I have been since I turned 18, I was asked to film a quick segment on why I am registered and how it makes me feel. Basically, I said that while being able to vote in presidential elections is an honor, it is also extremely important that young people vote in local elections as well.

Afterward, there was a panel discussion that included people from Illinois Environmental Council, Sierra Club Illinois Chapter, and the Environmental Law and Policy Center. The audience asked questions ranging from how college students could get more involved in local politics, to what are the most challenging parts of their job.

Overall, the night was very informative and made me really think about how I have been lacking in participating in local and state elections. While the presidential election is the one making the news right now, the smaller elections are ones that can also help defend our air, water, and soil. 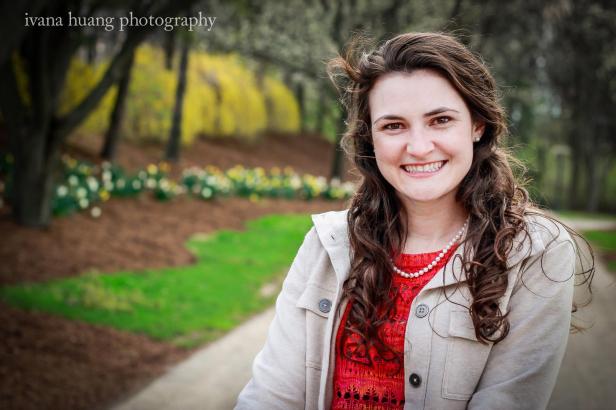